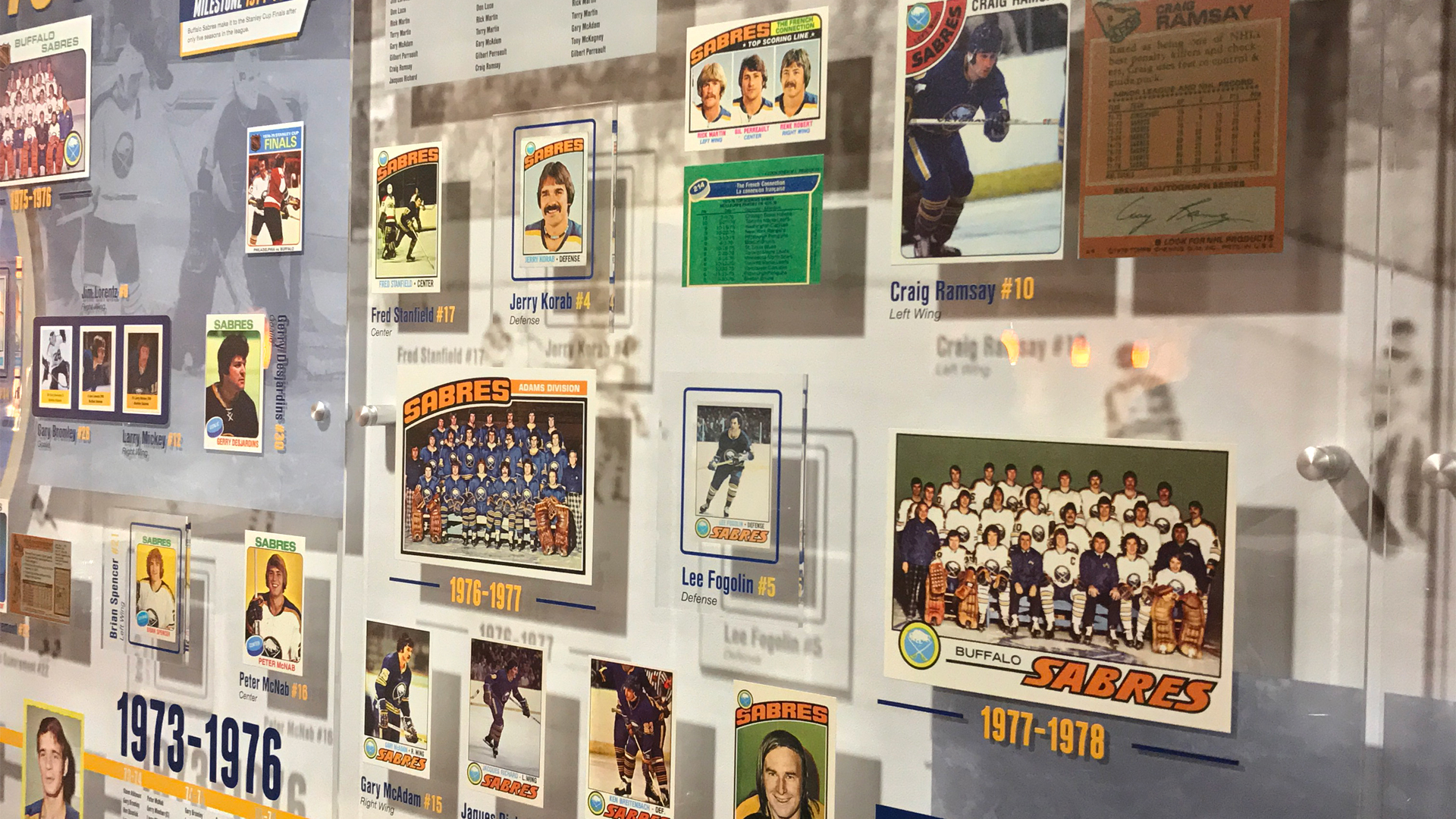 The OtherWisz Creative team is working on an installation project for the Buffalo Sabres Alumni Room at the Key Bank Center in downtown Buffalo, New York. This post is the first part in a series of posts on our experience concepting, designing, building & installing this project in time for the 2017-18 NHL hockey season.

Starting this project back in June, I was excited and nervous at the same time. Exciting because it was a chance to work on an exhibit for the Buffalo Sabres – a project that would give me extra Buffalonian street cred, but also nervous because of the fact that I’m not a huge sports buff. Sure I know some of the big name players, but if you were to ask me at the beginning of the project to namedrop players, I wouldn’t have been able to scratch the surface. Fortunately, the OW team had worked on a few historic Buffalo Sabres exhibits, so I had some help.

So first things first, we had to RESEARCH! With so many cards and players spanning back to 1970, we had to make sure everyone was being represented in some way. We pulled together rosters with dates, points, goals, penalties, saves, basically everything we needed to know to be able to make our initial design decisions. We had a system of pulling information together, tagging cards we wanted to use, and scanning those cards.

Every player was being represented by name in the roster, but those that had their hockey card included had to play a minimum number of games. We also had to decide which actual players cards we wanted to highlight. Using the actual cards as part of the display was a great way of showing off the special printing effects like holograms, mirror finishes and embedded pieces of hockey jerseys. We left out the upsetting content like deaths, traumatic injuries, major losses, etc. that we deemed had no place in this exhibit. Then of course, there was the heated debate on whether to add fictional player Taro Tsujimoto, who we ultimately left out because he never actually played any games. 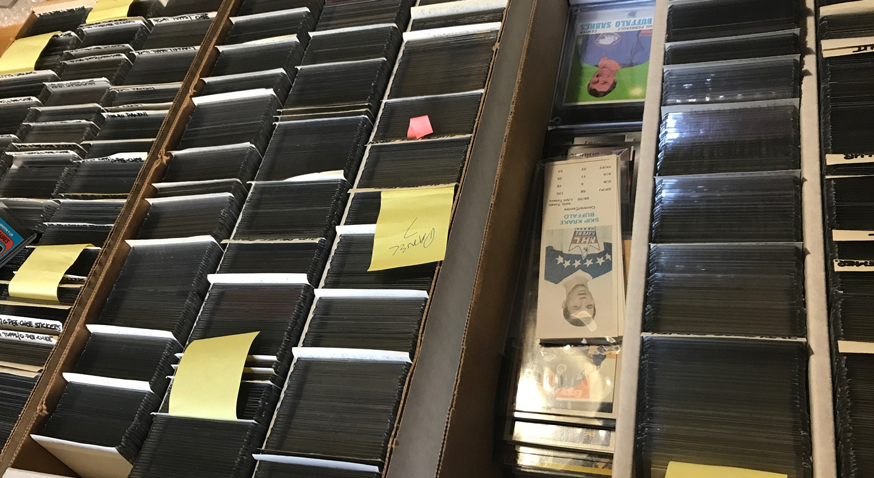 Once the information and cards were ready, I was able to start putting together panel layouts. While designing an exhibit, you must consider the audience; who will be viewing this? The content wasn’t based on fan appeal – since this was targeted to the Alumni – we really wanted to communicate the milestones that are important to the players as well as the moments that can spark up conversations within the alumni and their families while viewing the display.  The project was both a visual and informational puzzle.

This is the first part of a series of posts on our experience working on an installation project for the Buffalo Sabres Alumni Room at the Key Bank Center. Stay tuned for more.