Since OtherWisz Creative took up residence in the 1908 Gutman Building, we’ve learned a lot about the historic precedent for design and printing in our new office space. Over time, different businesses have occupied spaces in our building, but the most significant being the Bates Jackson Engraving Company. With our company being involved in graphic design, including managing the printing of our client’s jobs, we feel that we are still carrying the craftsman legacy started with Bates Jackson. After all, graphic arts is a clear descendant of the print craftsmen of the past.

In a recent discovery of historic photos, the Gutman Building is seen in the 1980s when Bates Jackson was moving equipment onto the fourth floor of 19 Elm Street. The photos depict the massive effort it took to transport the enormous engraving presses to the fourth story, including removing some windows to fit the presses into the building. 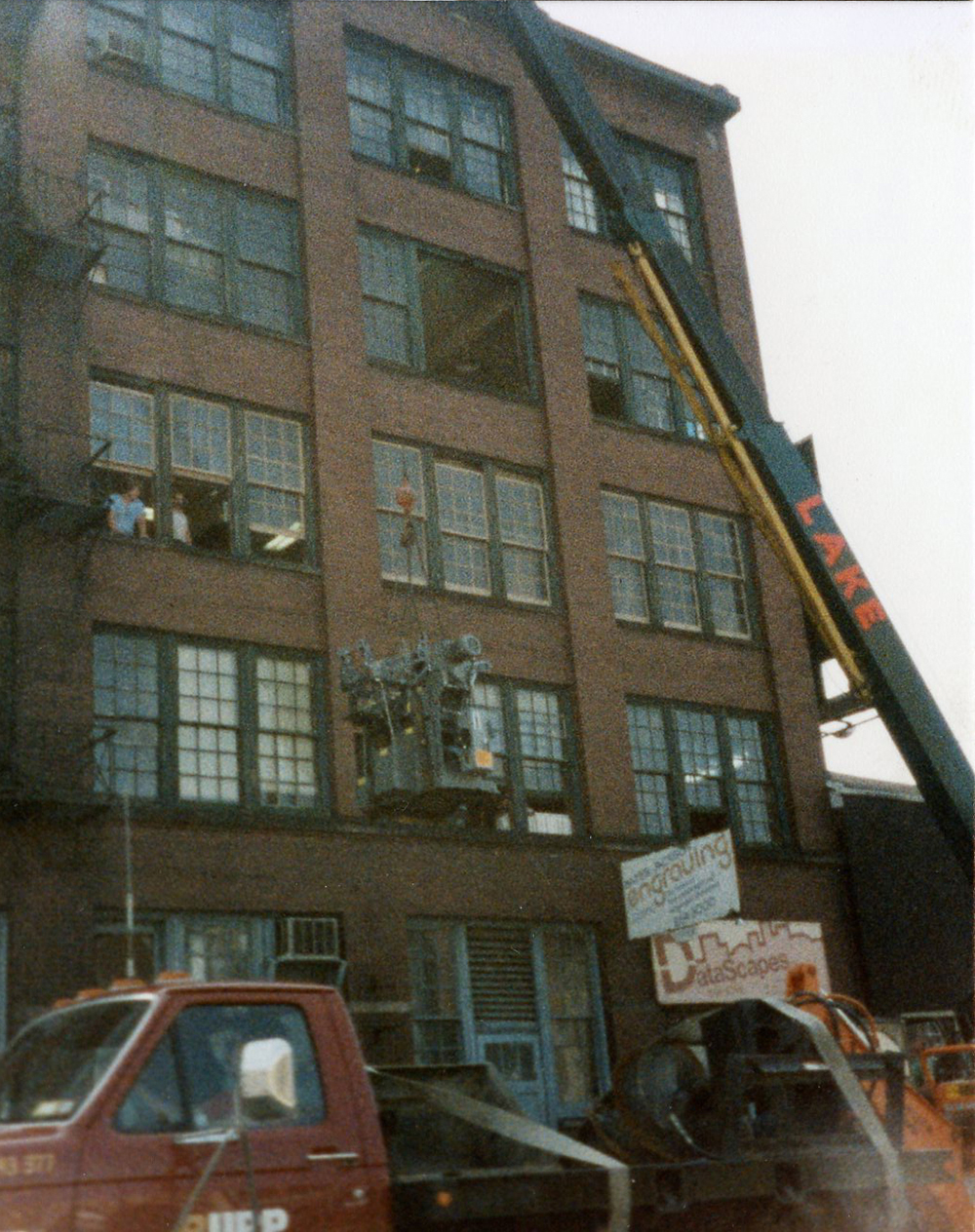 An engraving press is hoisted up to the fourth floor of 19 Elm Street and will make its way into the building through the open window. 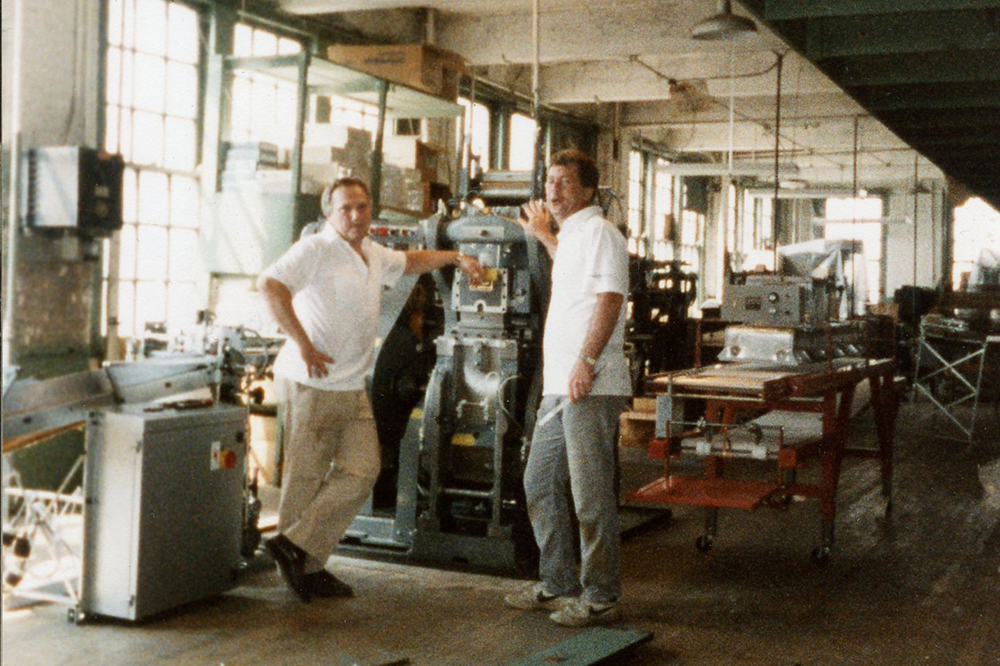 The engraving press made it safely into the interior of the fourth floor of 19 Elm Street. 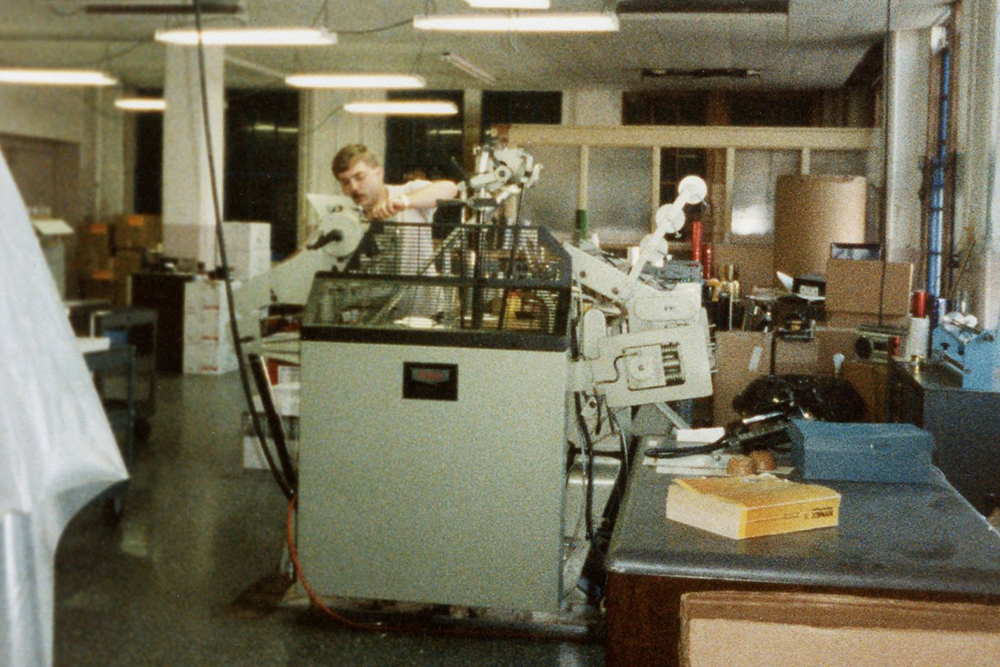 Working on the press inside 19 Elm Street back in 1989. Today, our designers occupy this space in our studio.

Going even further into the past, we discovered details about a lost alley that ran up against the back of our building, know as “Booth Alley.” This rough and tumble section of downtown was a previously notable spot for crime in the early 20th century. Now occupied by parked cars, it’s hard to imagine this long-lost past. We’re proud to occupy the fourth floor of 19 Elm Street and we’re proud to carry on the legacy of printing and graphic design in the Gutman Building. We try and stay away from the fist-fighting though!

Beyond the trifold: designing a custom printed brochure set for an architectural...
Scroll to top